Everyone's Irish Today, Except Those of us that Aren't

Granted, I'll take just about any excuse to raise a pint and perhaps a bit of hell along with it, but I'm not much a fan of St. Patrick's day.

Though it's not a holiday of any spiritual significance, for Pagans, this might be the least auspicious day in the year.

Apparently, a number of people think that St. Paddy's is Irish Independence day, akin to our 4th of July, England's Guy Fawkes' Day or Mexico's Cinco de Mayo (which isn't Mexican independence day either but that's another post entirely). Those people are idiots. It's nothing of the sort.

Lá Fhéile Pádraig, the seventeenth of march, is the anniversary of the death of an English-born, French-educated* former slave turned Catholic zealot that led a campaign of Xian conversion throughout Ireland in the late fifth century. Bishop Patricius' notable intellectual achievement being the use of the shamrock as a visual aid to teach the Xian concept of holy trinity.

His famous miracle of "driving the snakes out of Ireland," the very act that ultimately canonized him as the patron saint of that country, is a euphemism for his systematic conversion of the nobility of the island, ending the influence of the Druidic orders and disenfranchising the Animist peasants from their governors.

So, drink up to the memory of this culturally genocidal theocrat, and give a nod to your Pagan friends with the knowledge that, while we're raising one as well, we're all drinking to forget.


Oh, and if you pinch me, I'll fucking stab you.

* To be precise, neither England, nor France, as we understood them today, existed at this point in history. Patricius was born an Angle or a Briton and studied for the priesthood in Gaul.

You're in good company with Avonia the Wiccan Pimp.

I thought it was just an excuse to drink green beer

Thanks for the info. I always wondered what they meant by "driving the snakes out of Ireland."

The Pagans will have the last laugh.

trying to explain to a russian, jewish customer why it was a holiday at all was confusing and colorful. a lot of raised eyebrows and shrugging. 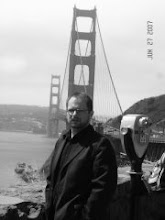